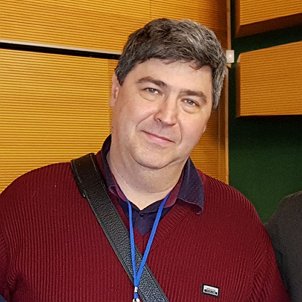 Doctor of the highest category, orthopedic traumatologist, member of the Association of Orthopedic Traumatologists.

Graduated from Zaporozhye State Medical Institute in 1993. After graduating from the institute, he worked for two years in the Regional Department of Osteo-purulent Infection of the 9th City Clinical Hospital of Zaporozhye, as well as as a trauma center doctor at the 9th ZMKB. Since 1995 resident physician of the Department of Orthopedics of the ZMKB No. 9. The department was organized for 80 beds (including 20 for children). Since 1983, the department had the status of the Zaporozhye interregional center for the treatment of orthopedic and traumatological patients by the method of transosseous osteosynthesis; in 1992, a regional service for surgery and microsurgery of the hand was formed in its structure, and in 1997 - a regional center for arthroplasty. Highest qualification category in orthopedics-traumatology since 2008